Join us for our upcoming panel entitled FEMALE TROUBLE: FEARLESS WOMEN LEADING THE WAY IN HORROR, FANTASY, AND SUSPENSE and hear from women who are forging new paths in genre filmmaking, in front of and behind the camera. We’ve added a new panelist (Hi Jenn!) and announced our moderator, Meredith Graves.   (Oh, and don’t forget, there’s a party later on!)
Meredith Graves is a power engine and opinion maker of her own right. She is the founder of Syracuse punk band Perfect Pussy, Kickstarter director of music and a journalist who has written for Pitchfork and SSENSE, among others. In addition to her culture writing career, she was most recently an anchor for MTV News.
Panel Participants:
– Meredith Alloway (Film Journalist, Independent Filmmaker)
– Roxanne Benjamin (Director of BODY AT BRIGHTON ROCK)
– Emma Tammi (Director of THE WIND)
– Jenn Wexler (Producer, DEPRAVED)
Moderated by Meredith Graves
AFTER THE PANEL: Join us for a party happening later in the evening from 9pm – 11pm at Vol de Nuit. Bring your ticket for free drinks! Co-presented by Shudder. 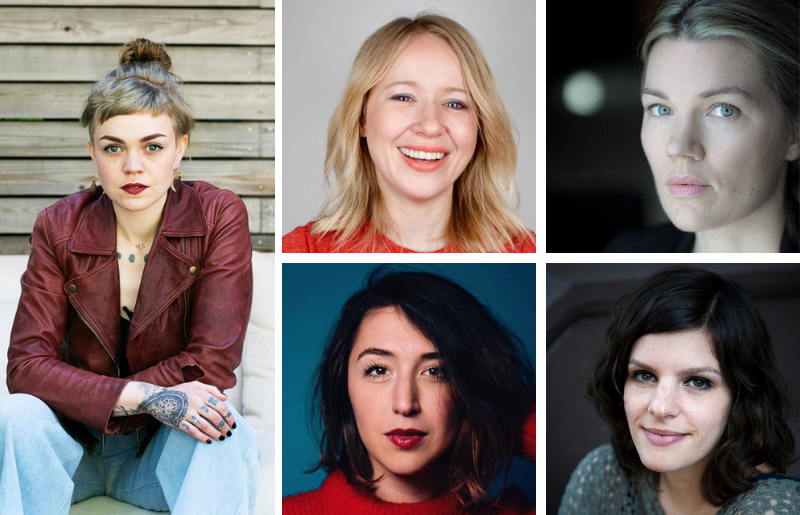