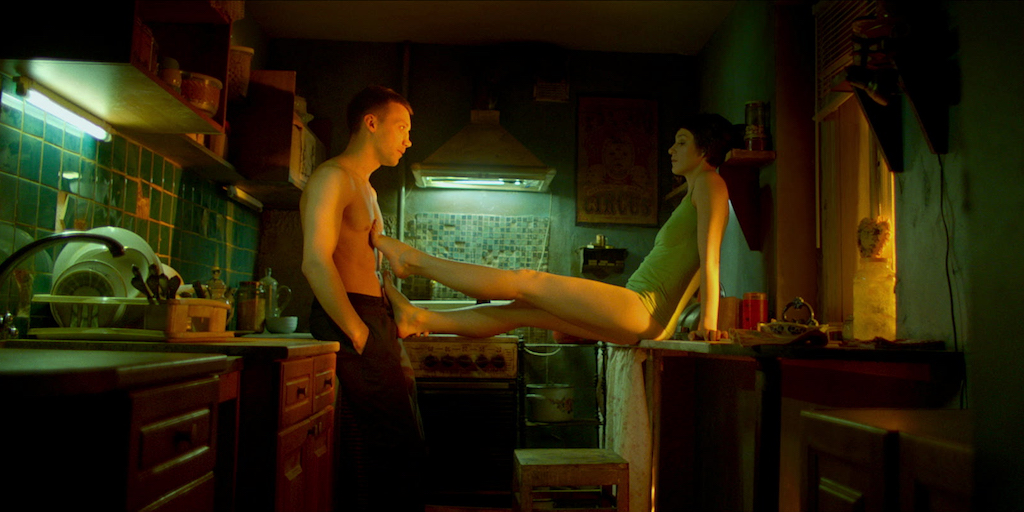 WHY DON’T YOU JUST DIE!

BEFORE THE FILM: Stand-up comedy! Because who could have more fun with the idea of “why don’t you just die” than comedian Harrison Greenbaum (Last Comic Standing).

NORTH AMERICAN PREMIERE The term “Tarantinoesque” tends to bring to mind the legions of lackluster Tarantino wannabes that sprung from the wake of RESERVOIR DOGS and PULP FICTION, so we’d understand if that term makes you a little wary.  But every so often a movie comes along that actually mirrors Tarantino’s ability to make something fresh and original that was inspired by a deep love of movies. Kirill Sokolov ‘s WHY DON’T YOU JUST DIE! does just that, taking a tale of crime, corruption, greed, dysfunctional families, unrequited love and lots and lots of blood and becomes something new, a film that proudly displays its influences while it forges its own path.

For a movie set in a small apartment WHY DON’T YOU JUST DIE! sure does move at a quick pace, and trust us when we say a lot happens in that confined space, especially in the body count department.  And that’s one of the many great surprises of WHY DON’T YOU JUST DIE! –how Sokolov is able to wring so much out of a simple premise with a simple beginning. One action – an attempted hit on a supposedly terrible father (the original title translates to DADDY, DIE!) – escalates in a most unpredictable fashion, bringing out the comedy, action and constant plot twist so expertly that you’re not just smiling at the dark humor but at the execution of it all.  Sokolov keeps things flowing in such a manner that juggles a lot of things in the air at once, making them land where they need to, be it to the funny bone or straight in the gut. Big credit also goes to leads Aleksandr Kuznetsov and Vitaliy Khaev, who both do a terrific job with a constantly escalating k battle of wits (and body parts). WHY DON’T YOU JUST DIE! proves that the violent crime comedy is alive and well in Russia and Kirill Sokolov may well be the new enfant terrible of the International film scene.