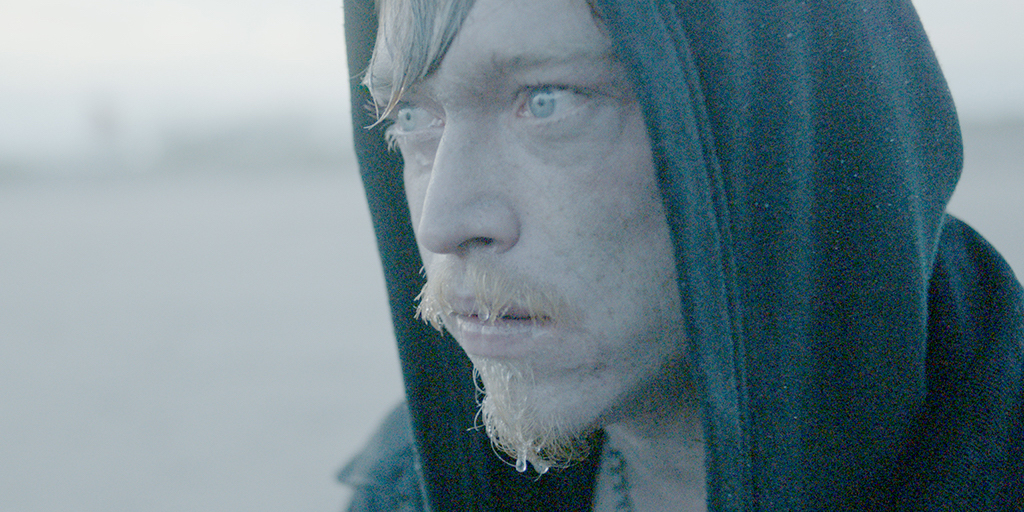 NORTH AMERICAN PREMIERE Norman (Caleb Landry Jones) is an installation artist living in a spacious, seemingly half-abandoned loft building by the East River. He’s obsessed with the fire that killed his parents when he was a child, and his life and his art become more and more consumed by that obsession. Pain takes over reason, understanding and moral judgment. Loss fills the spaces he inhabits, like a fire that is given oxygen, roaring and destroying everything on its way.

A filmmaker in the tradition of other Austrian provocateurs like Michael Haneke and Ulrich Seidl (whose company produced the film), writer-director Peter Brunner premiered his third feature at Karlovy Vary. Norman’s desperate, self-punishing journey to find some (any!) kind of peace of mind is the kind of raw, fearless storytelling that we love at What The Fest!? Norman has his girlfriend Penelope (Eleonore Hendricks), their little son and upcoming exhibitions to keep him grounded, but he teeters on the edge of madness. What makes his tale bearable is the exceptional performance of Caleb Landry Jones (Three Billboards Outside Ebbing, Missouri; Get Out), whose pain as the fucked up, broken, hopeful, and unhinged Norman is palpable through the screen. But Norman’s anguish needs a mirror to complete it, and that’s achieved by another great performance from Safdie Bros alumn Hendricks as Penelope, whose own suffering to try to stabilize Norman seem almost like an addiction. This tough story with unforgettable performances expresses the truest spirit of indie filmmaking that refuses to portray life in a safe way, where redemption or answers are easy to come. Just like in real life.