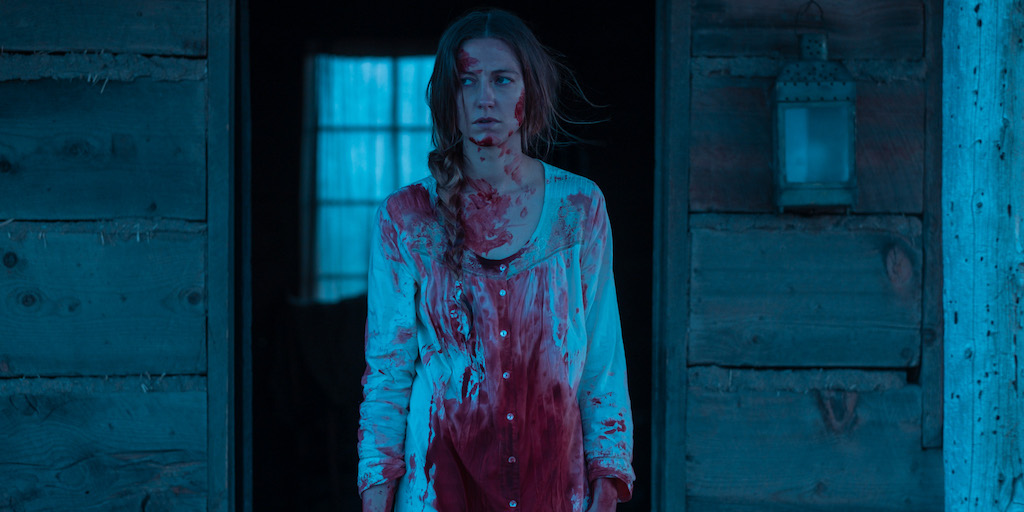 BEFORE THE FILM: Be prepared to be surprised!

NYC PREMIERE Lizzy wants to be a good wife – take care of her home, have children and patiently bide her time until her husband returns, while she waits alone in the vast, empty plains of the 19th century west. But being by yourself in the middle of nothing, where just the sound of the wind can curl your toes, isn’t that easy. Slowly the forces of nature start feeding into her paranoia. What if something else is out there? When a new couple settles into a house nearby, Lizzy finds comfort in friendship with another young woman and shares her biggest fears with her. But soon enough, she’ll regret that.

THE WIND is a superb slow-burner of a western horror movie that, from the opening scene until the very end, holds you in its dreadful grip. The breathtaking panoramas and nearly wordless, complex sound design immerse you in the scary emptiness of a Wild West where anything can happen. Director Emma Tammi captures sun-filled prairie plains where, even in broad daylight, you’re scared to look over your shoulder. She’s just as adept at conjuring up supernatural, folkloric elements as she is evoking the psychological demise of a woman left alone in a cabin with a rifle and handful of candles, surrounded by darkness. The dynamic performances of Caitlin Gerrard (Insidious: The Last Key) and Julia Goldani Telles (Slender Man) are a cherry on top of this eerie western, a powerful first feature that announces the arrival of an exciting new filmmaker.

AFTER THE FILM: Join us for a party happening from 8pm – 11pm at Vol de Nuit. Bring your ticket for free drinks! Co-presented by IFC Midnight.