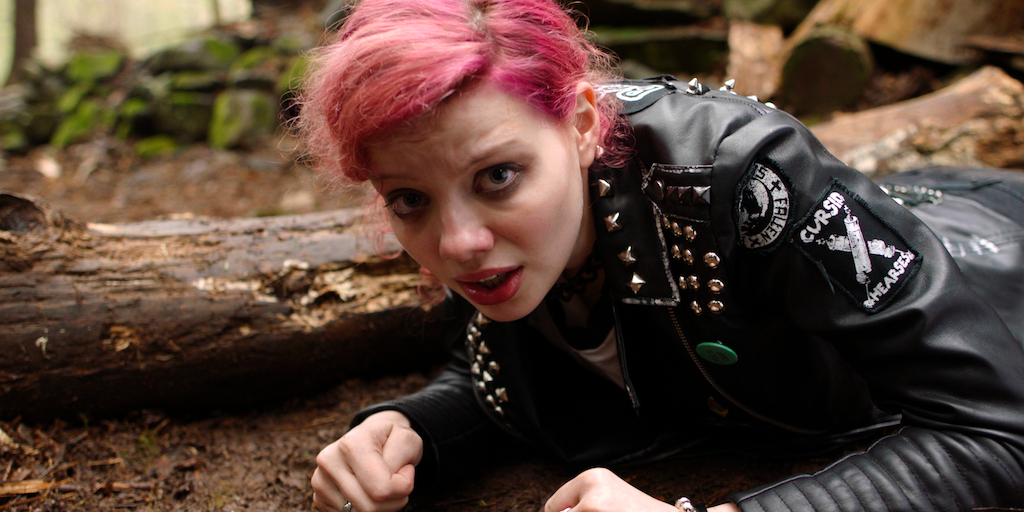 Ticketholders, you’ll want to hold on to your your seats, because this screening may just rock your socks off, literally!

CLOSING NIGHT, NYC PREMIERE A gunshot echoes through a vast, remote forest. A memory of a sunny day that feels like a bad omen, long forgotten, as, years later, our protagonist Chelsea (Chloë Levine) parties away in an underground bar with her friends Jerk, Abe and Amber. Garth, her boyfriend, packs her bag with drugs and when the pigs smash the party, the teen punks take off with the wrong load and one stab wound too many. Desperately needing a place to hide, the group decides to head for Chelsea’s uncle’s cabin, up north in a secluded national park. But there is a history to the cabin. There are rules in the wilderness. And there’s a ranger in the park.

Jenn Wexler is a writer, director and producer for NYC’s famed Glass Eye Pix. Her producing credits might not need introducing, but because they’re awesome movies, we are going to call them them out anyway just for props. Not only did she produce Ana Asensio’s MOST BEAUTIFUL ISLAND ( Grand Jury Prizewinner at last year’s SXSW), Rob Mockler’s LIKE ME and Mickey Keating’s PSYCHOPATHS, she also previously produced Keating’s stunning DARLING. THE RANGER is her directorial debut and a statement: this filmmaker is here to stay and reign. Her film is colorful, fresh and inventive. THE RANGER has balls! We’re proud to invite Jenn to the first edition of What The Fest?! alongside a wild and wonderful company of some of the most beloved people in the NYC genre scene, as their homecoming premiere from their SXSW launch… We can’t wait to see you all at the Closing Night of WTF!?

AFTER THE FILM: Join us for a reception happening from 8:00 – 10:00 at Vol de Nuit. Bring your ticket stub for free drinks!