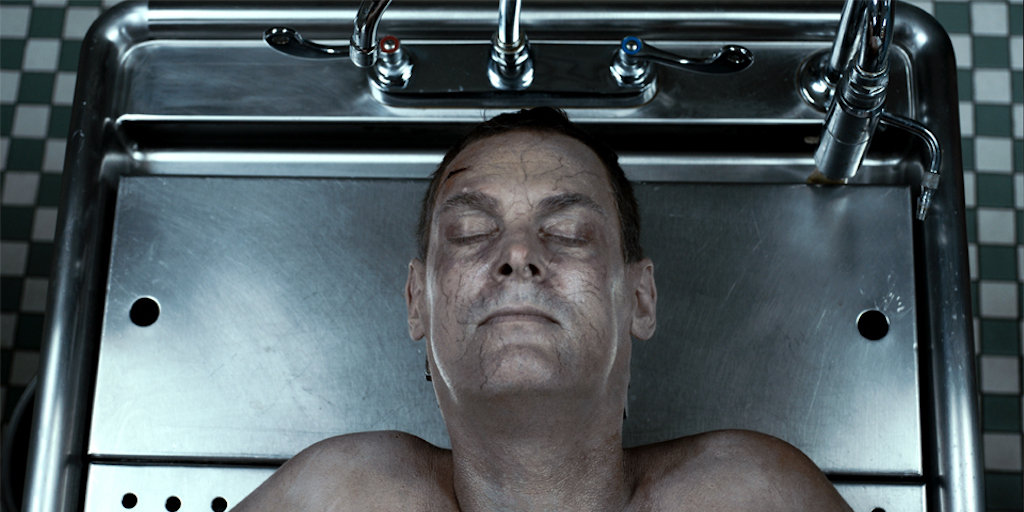 BEFORE THE FILM: Probe the creepy, cryptic, and stunning world of pathology with Brian D. Robinson, M.D, Chief of Surgical Pathology at Weill Cornell Medicine.

NYC PREMIERE In a dark morgue one night, an unidentified suicide victim comes to life and hides nearby. The next day, Edward, the coroner who’s supposed to perform the autopsy, can’t find the corpse of this “John Doe.” Instead, the revived man is found by Daniel, a psychiatrist who, believing he’s a catatonic amnesiac, signs him into a hospital ward, ignorant of the fact that the man was previously dead. Completely unaware of each other, Edward and Daniel each start to seek answers to the same, unsettling case from the opposite ends of this hypnotic and horrifying mystery.

Every once in a while you have the privilege of stumbling upon on a filmmaker who will be the next big player in the genre world. Billy Senese is no newcomer. His Closer To God was the first indication of an extremely promising style – raw and realistic drama that builds into forceful suspense. His second feature, THE DEAD CENTER is a perfect example, only this time around, his exceptional attention to authenticity brings the film to a whole new–and extremely satisfying–level. Not only expertly crafted, but the film’s attention to detail also makes it all the more compelling, especially since it’s inspired by the filmmaker’s own history and informed by the experiences of cast and crew who’ve worked in mental institutions themselves. That layer of authenticity plays off against the story’s otherworldly elements, making them convincing and adding to the film’s sneaking sense of suspense from the first frames. The unusual story never gives too much away and the supernatural elements, combined with a genuinely dark atmosphere, keeps you on the edge until the very end. Shane Carruth, who made a name for himself as a unique directorial voice with indie hits Primer and Upstream Color, gives an utterly naturalistic portrayal as a psychiatrist who discovers something much darker than he ever imagined it. Supported by great performances from the entire cast down to background extras, a dazzling score, and sharply crisp cinematography, this is filmmaking that’s firing on all cylinders. Don’t miss it!