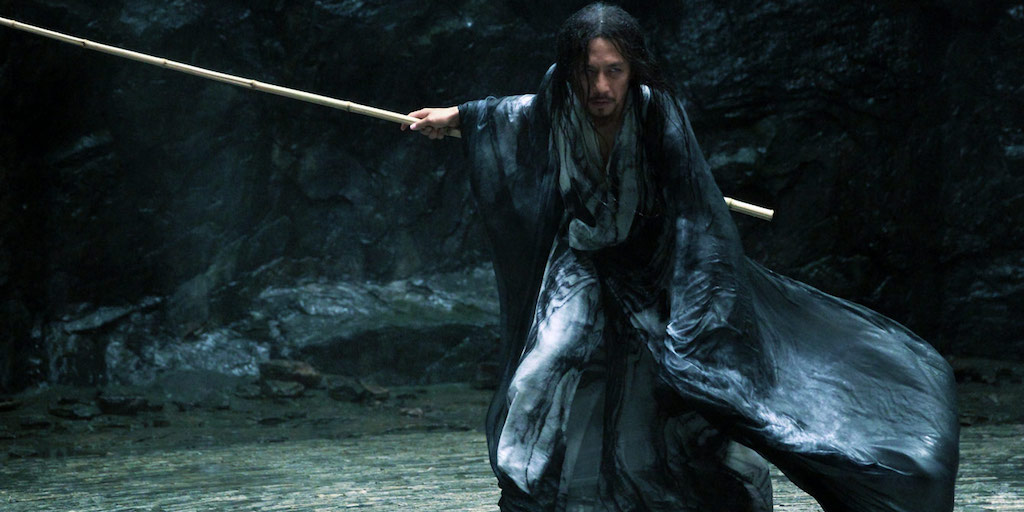 BEFORE THE FILM: Get the inside dope on the world of stunts from New York’s hardest working stunt women, Kimmy Suzuki and Ai Ikeda.

NYC PREMIERE To some, Zhang Yimou is a master of cinema known for such classic dramas as RAISE THE RED LANTERN, JU DO and TO LIVE.  But to others, Zhang is as much a master of cinematic action, delivering remarkable set pieces in such martial arts landmarks as HERO, HOUSE OF FLYING DAGGERS and CURSE OF THE GOLDEN FLOWER.  Zhang’s films are known for their luxurious use of colors, exquisite staging and moments of both quiet beauty and immense grandeur. SHADOW, his latest film, delivers all of that in spades, combining a compelling drama of palace intrigue and deception during the Three Kingdoms period with some of the greatest battle sequences in the history of film to make what may be Zhang’s greatest spectacle yet (and yes, we’re taking into account his 2008 Beijing Olympics Opening Ceremony).

As you’d expect from Zhang, SHADOW is also a tremendous visual feast and opting for a color plate of whites, blacks, and greys, it is more reminiscent of the early classics of Kurosawa than any film in the wuxia genre (though make no mistake, it certainly is one). Like that cinematic master, Zhang knows how to make the drama as powerful as the action, and the results are completely riveting throughout.  Yes, SHADOW is a fantastic action movie, but it delivers drama, great visuals, and cinematic splendor in such a way that we’d just call it a straight-up classic, full stop.