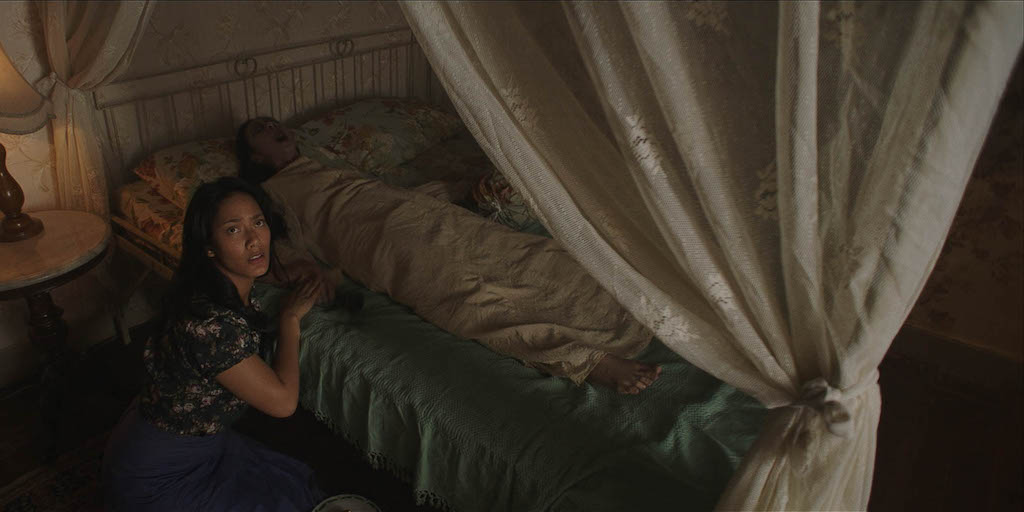 Heads up, Satan’s Slaves attendees. Make sure you do not eat the Satan’s Seeds given to you before the screening until the time is right! You’ll know.

NYC PREMIERE In an old, creaky house on the outskirts of Jakarta, lives a small family whose mother, a formerly famous pop singer, has fallen mysteriously ill and is now bedridden. When the father (Bront Palarae) departs to hunt for work to support them, he leaves their four children, along with their grandmother, behind to take care of her, with eldest daughter Rini (Tara Basro) in charge. It doesn’t take long for some awesomely weird shit to start happening…

Indonesian filmmaker Joko Anwar (Copy of Mind, Ritual) brings genre fans an impressive remake of the 1982 occult thriller about a troubled family being terrorized by demons and zombies and we couldn’t be more excited! Produced by venerable exploitation company Rapi Films, with assistance from South Korean giant CJ Entertainment, SLAVES went ballistic at the Indonesian box office, with 4.2 million admissions (making it 2017’s biggest local hit), and has gone on to success throughout Asia. Not only a great representative from a vast region of wonderful cinema, Anwar’s version improves upon the original masterfully, staying delightfully sinister and satisfying to both those who know and love its predecessor and to moviegoers just  seeking a good late night spook. With spot-on retro production design brought to life by atmospheric cinematography and a great cast on top, this is a truly fun mix of fantastic ingredients that will delight all your genre taste buds. Without a doubt, it’s best enjoyed in a dark cinema, surrounded by a bunch of people hungry for a good scare!

AFTER THE FILM: Join us for a reception happening from 9:00 – 11:00 at Vol de Nuit. Bring your ticket stub for free drinks! Co-presented by IFC Midnight