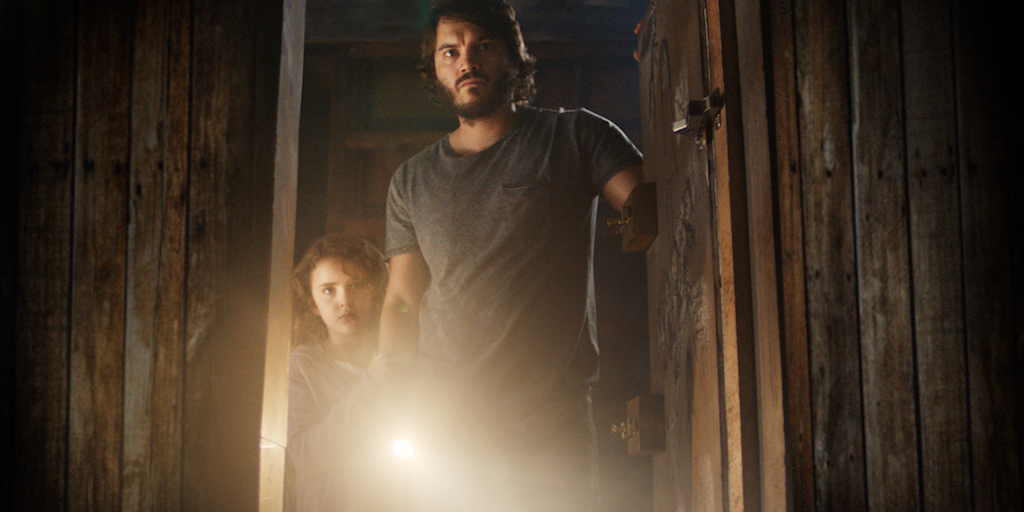 BEFORE THE FILM: Join us for an ice-cream social!

NYC PREMIERE One thing to note before we say anything about FREAKS is that you really should know absolutely nothing about this film before seeing it. So you can either keep reading or just trust us and sign up for one of the wildest science fiction rides we’ve seen in years.

Okay, so you don’t entirely trust us. Here’s the set up: Chloe (Lexy Kolker), is a young girl who lives with her father Henry (Emile Hirsch) in a massive, abandoned house that’s tricked out like a kind of fortress. Chloe’s never been outside the house before, but she trains every day to make sure she can keep up with the false identity she’ll have to assume when she’s ready to venture outdoors. Henry entertains his daughter and seems like a sweet dad, until a day when she almost gets out and he flips, shouting at her “You’re not normal yet! You’ll die if you go outside!” But Chloe has other plans, which not-so-accidentally collide with an ice-cream truck and its driver (Bruce Dern) who’s trying to lure little girl out into the big, bad world.

One of the greatest things about FREAKS is the way that the audience discovers crucial details along with the characters.  A thrilling puzzle starts to unfold, continuously shifting in new directions as we get new bits of information. Writers-directors Lipovsky and Stein keep us guessing until the very end of their surreal fantasy/dystopian drama/80s-era-Stephen King-style 1980s horror/cleverly structured genre-sci fi-hybrid? You’ll have to see it on the big screen to truly appreciate it, and we’re proud to give What The Fest!? audiences the first chance to do it at its NYC Premiere.