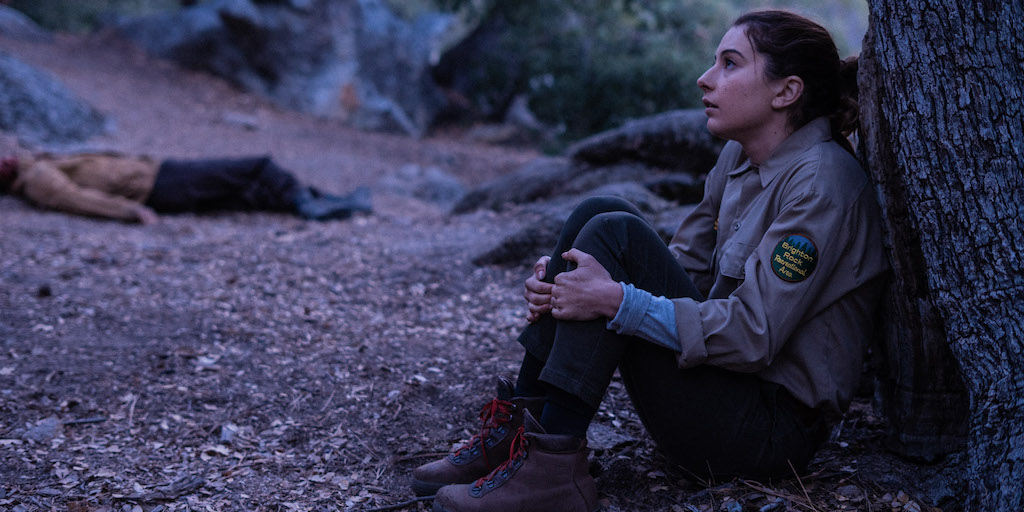 NYC PREMIERE Wendy works as a park ranger, but sometimes she’s a little sloppy at her job. She can be a little careless, a little too chill. When she gets an assignment to take care of the mountain trails that would mean being completely on her own way out in the woods, her friends try to talk her out of it. But Wendy ignores their concern and heads out–ending up stranded overnight at Brighton Rock with a decaying body. What could go wrong?

Director Roxanne Benjamin has been an integral part of the genre family for a long time. Producing such festival hits as V/H/S and The Devil’s Candy, she added directing to her credits with the shorts Southbound and XX, both genre circuit favorites. BODY AT BRIGHTON ROCK is her first full-length feature (which this mad woman also wrote and produced) and from the first frames of the film, it’s clear she was born to direct films, effortlessly building a slow-burning mystery on screen. In the creepy, cold night of a mountainous park, the audience is tested just as much as the film’s heroine–just like her, we’re pushed to prove to ourselves just what we’re made of. Masterfully crafting a hair-raising horror adventure, Roxanne seems to have had so much fun making the movie that she carries viewers along in the rush. Distributed by Magnolia Pictures.

AFTER THE FILM: Join us for a party happening from 9pm – 11pm at Vol de Nuit. Bring your ticket for free drinks! Co-presented by Shudder.